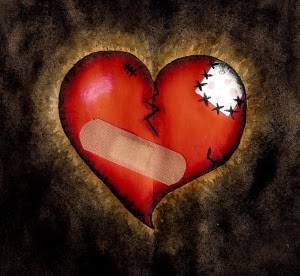 February 14th was a very special day for the heart.  Not because of the candy, chocolate and flowers.  Because 132 heart transplant patients gathered at Art Moran Buick GMC in Southfield to set Guinness World Record for largest gathering of heart transplant recipients.  Just 50 were needed to break the record.  Officials said this was the first attempt at such a record.

This accomplishment was also a tribute to American Heart Month, which celebrated its 50th anniversary this year after being signed into law by President Lyndon Johnson in 1964.

Included in the count was John Payne, 66 of Detroit, the longest living heart transplant recipient in Michigan, who received his heart 27 years ago at Henry Ford Hospital; a 30 year recipient from Stanford; and a 3 month, 7 day infant.  The gift of transplant has given 1318 years of additional life to the 132 transplant patients counted.

Currently, there are 3,000 people in Michigan waiting for an organ transplant.  One organ donor can save the lives of eight people, and with the eyes and tissue donations, one person can improve the lives of up to 50 people!!!

Tom Moran, president of Art Moran Buick GMC, has been promoting organ donation at his dealership for more than a year, and is offering a free car was to anyone who signs up for the donor registry at the dealership.

More than 3 million people have been added to Michigan's Organ Donor Registry since its inception.  45% of adults in Michigan are registered today which is up from 27% in 2011. People can join the Donor Registry Online or call (800) 482-4881.

POSTED BY:  Stacie Batur
Posted by Michigan Heart Group at 6:00 AM