MIRACLE SAVES A LIFE AND A WEDDING 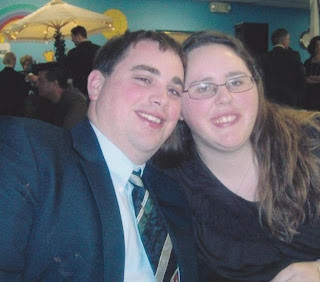 Meghan Warren died last month, just four weeks before her wedding.
On Saturday, the 29-year-old Shelby Township woman will walk down the aisle with her father and exchange vows with Patrick Neeme, the love of her life.
The hospital medical team called her Miss Miracle.
Now, she’s the miracle bride.
“It’s turned into so much more than just a wedding,” Warren said. “It’s a celebration of (Neeme) being so great and a celebration of me being alive.”
The trouble started July 14 when Warren experienced chest pain that hurt so badly she was crying. She drove herself to Beaumont Hospital in Troy and was given pain medications.
Warren was suffering from a problem with her gallbladder. But she later stopped breathing and turned blue, likely the result of a sleep apnea event — something she’s never had before, her parents, Dave and Debbie Warren, wrote in their online diary,www.meghansmiracle.org, which documents their daughter’s nine-day hospital stay.
Her heart stopped — for up to 19 minutes, her family said — and the medical staff had to resuscitate her.
Dr. William Devlin, director of the cardiac intensive care unit at the hospital, said a 19-minute heart stoppage would defy most logic for survival. He said it’s likely there was not a complete lack of heart activity the whole time, but there was probably a lack of blood flow to the brain. 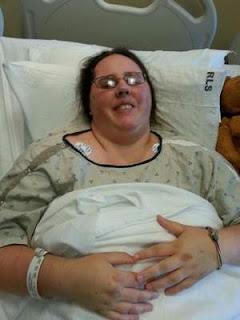 Warren underwent a therapeutic hypothermia protocol, which has been used in about 100 cases at the Troy hospital and another 200 or so at Beaumont Hospital in Royal Oak when there is a concern about lack of oxygen to the brain from a cardiac or respiratory cause, Devlin said. The protocol cools the body to help protect the brain, he said.
Warren’s body temperature was slowly reduced to about 90 degrees over 12 hours, said Dave Warren, 58, of New Baltimore. He said the process involved blankets circulating cold water and even grocery-store-size bags of ice being placed on his daughter, who was sedated and unconscious. 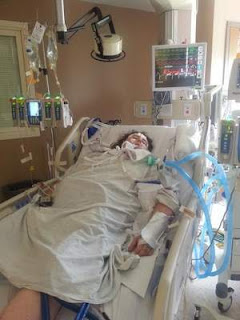 The process, he said, was “intimidating to watch.”
Meghan Warren stayed at that colder temperature for 24 hours before being slowly warmed back up over the next 12 hours, her father said.
Loved ones waited with tablets and smartphones, looking up terminology and trying to learn as much as they could. All the while, they kept thinking, “She’s supposed to be married in 3½ weeks,” Warren said.
Meghan Warren, who aspires to be a fourth-grade teacher, doesn’t remember what happened. She spent what she described as a long, peaceful dream in Hawaii, a locale she visited with her family when she was a teenager. She heard someone say she was going to be OK. She knows it was God, she said.
Outside the hospital walls, thousands of people prayed for the bride-to-be, even in other states and countries. A prayer vigil was held in Warren.
Meghan Warren said she believes those prayers saved her, and she’s alive for a reason — though she’s not sure yet what it is.
A few hours after warming up, she was able to follow some basic commands from doctors.
“Every few hours, it was like something new, something hopeful,” Dave Warren said.
He described the experience in the online diary: “The progress during day 5 was like the miracle of a rose opening its bud.”
Within three days, Meghan Warren was off the ventilator and walking on her own. And she was focused on marrying Neeme, 28, on the four-year anniversary of when they met online.
“I knew I was going to get married on Aug. 10,” she said. “I’m gonna walk down the aisle and marry my fiancé. There was no question in my mind. I was determined to marry on Aug. 10.”
Devlin didn’t say Warren’s full recovery was unusual, but said “the results are not the same for everybody.”
“In every case (like hers), you think this truly is a miracle,” he said.
Meghan Warren’s gallbladder wasn’t removed because of everything she went through, but she’s being monitored and has changed her diet — good-bye beloved coffee, hello fruits and veggies — to keep her gallbladder in check.
She also didn’t have health insurance, and her family is using the online diary to try to raise funds for her medical bills.
As she continues to recover, Warren is supposed to be resting — but it’s tough with her pending nuptials. There’s a dress and tux to pick up, a manicure and pedicure to have, a rehearsal dinner to attend.
Dave Warren said 190 family members and friends are expected for the wedding at St. Mary Queen of Creation in New Baltimore. But so many others — like those strangers who prayed or heard about his daughter’s story — just want to stop by to see her walk down the aisle.
“It means a whole lot more than it did,” he said of walking down the aisle with his daughter. “We’re not just celebrating a wedding now, we’re celebrating a life. It’s going to be very special.”
Contact Christina Hall: chall99@freepress.com
DETROIT FREE PRESS
http://www.freep.com/article/20130809/NEWS04/308090026/miracle-bride-Meghan-Warren-Patrick-Neeme-heart-stopped-wedding