If you have been diagnosed with atrial fibrillation, you may already know about some of the dramatic and potentially dangerous ways in which this heart rhythm irregularity can impact your life.  Lack of synchrony between the upper (atria) and lower (ventricles) chambers of the heart leads to less efficient blood circulation, stagnant blood flow (stasis) and an increased risk of clotting or thrombosis.  Historically, much of our treatment has centered around the use of warfarin to help protect against the risk of thromboembolism and stroke.  This risk is significant for patients with atrial fibrillation (up to 10%/year) and is highest in patients with particular risk factors for thromboembolism, including congestive heart failure, hypertension advanced age, diabetes, stroke, vascular disease and being female. 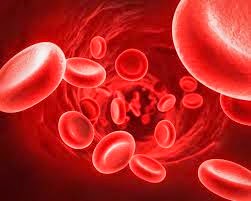 Although warfarin has long been known to be effective in reducing this risk (down to 2%/year), it is associated with substantial difficulties and inconveniences (drug-drug interactions, dietary interference, unpredictable dose responsiveness and the need for frequent blood testing).  This is in large part due to the fact that it serves as an antagonist to vitamin K dependent coagulation factors manufactured in the liver.  The major risks associated with anticoagulation related to the heightened risk of bleeding while on these medications to protect against thromboembolic events.  This same paradigm of protection against thromboembolic events weighed against risk of bleeding applies to other thrombotic disease processes (deep venous thrombosis, pulmonary embolism, and artificial heart valves).

Recently, novel anticoagulation drugs have been developed that more directly affect the coagulation pathway.  These include dabigatran (Pradaxa, rivoroxaban (Xarelto), and apixaban (Eliquis). Although there are individual differences in side effects and drug administration among theses agents, all three medications present distinct practical advantages when compared with warfarin.  Each offers quick and reproducible anticoagulation with simple and consistent dosing (one dose fits nearly all) without the need for blood level monitoring, resulting in minimal drug-drug interactions.  These advantages allow for greater convenience, with less risk of either over-treatment or under-treatment.  In the setting of atrial fibrillation, these agents have been extensively studied and compared with warfarin, and were at least equally effective at preventing stroke, with comparable or less risk of bleeding.  These agents also have utility in other thrombotic disease processes (deep venous thrombosis and pulmonary embolism), both in terms of active treatment and for prophylactic prevention.  They have not, however, been shown to be safe or effective in the setting of mechanical heart valves, and are not considered alternatives to warfarin in this regard.

The major concern with these novel anticoagulants relates to their lack of reversibility should acute bleeding occur.  This contrasts with warfarin, which can be readily reversed with vitamin K replacement or fresh frozen plasma infusions.  Although these novel agents tend to wear off within two to three days (depending on the adequacy of renal function to clear the medication), there is no "antidote" currently available to rapidly clear the medicine should bleeding occur.  This may be remediated soon as clinical trials of a new antidote for rivoroxaban and apixaban have been completed and an application for an expedited Food and Drug Administration approval process is now underway.  Moreover, dabigatran can be reversed quickly with dialysis to clear the active agent.  Studies for an antidote to this are currently underway.

According to a recent review, the overall net clinical benefit of these drugs versus warfarin is generally favorable, however the magnitude of benefit appears to be influenced by a number of factors, as suggested by subgroups analyses (Thrombosis, Dec 2013).  Stay tuned for additional updates.