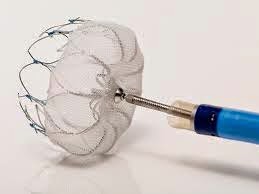 Cardiologists at Beaumont Hospital, Royal Oak have performed the Midwest’s first commercial implant of a device recently approved by the Food and Drug Administration for patients with non-valvular atrial fibrillation. The WATCHMAN Left Atrial Appendage Closure implant is an alternative to long-term use of blood-thinning warfarin medication to reduce the risk of stroke.

Atrial fibrillation is the most common heart rhythm disorder affecting more than five million Americans. Twenty percent of all strokes occur in patients with AF. The most common treatment to reduce their stroke risk is blood-thinning warfarin medication. Warfarin is not well tolerated by some patients and has a significant risk for bleeding complications. As a result, nearly half of those eligible for warfarin therapy are currently untreated.

“The WATCHMAN device is an excellent alternative to warfarin for patients who are not optimal candidate for oral anticoagulation. By closing the left atrial appendage, the device has been demonstrated to significantly reduce the risk of death and stroke, compared with warfarin therapy,” says George Hanzel, M.D., director of the Structural Heart program at Beaumont Hospital, Royal Oak.

”This advanced technology will be truly life-changing for many atrial fibrillation patients, freeing them from the dangers of stroke risk, and the daily challenges of long-term blood-thinning medications,” says Steven Almany, M.D., principal investigator of the WATCHMAN trial at Beaumont. 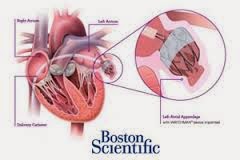 The WATCHMAN device is about the size of a quarter and shaped like a parachute. It is implanted into the heart to close off the left atrial appendage, a blind pouch of heart tissue where blood clots can form and then break off and travel in the blood stream to the brain and cause strokes. The device is inserted into the heart through a catheter placed into a vein in the leg during a one-time, minimally invasive procedure in a cardiac catheterization lab.

The first commercial implant of the device at Beaumont was performed on March 25. The patient is a 68-year old woman from River Rouge.