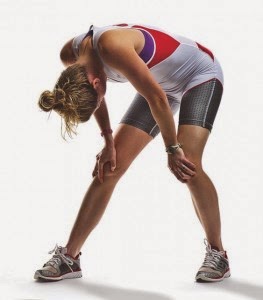 There are numerous reports on the importance of sleep and its effects on daytime cognitive functioning, from its effect on workplace performance, to driving a vehicle.  Less discussed is the effect of sleep on athletic performance.

In a 2011 study on the Stanford University’s basketball team, SLEEP 2011;34(7):943-950, the performance of the athletes was measured both on supposed normal sleep times,  6-9 hours per night, and then on extended sleep, a minimum of 10 hours per night.

During each phase of the study, the players were tested on athletic performance measures, i.e. speed, and shooting accuracy, and psychomotor vigilance testing, the speed of response to visual stimuli.   They also investigated the athletes’ perception of their sleepiness and mood with the Epworth Sleepiness Scale (ESS) and the Profile of Mood States (PMOS) questionnaires.  Additionally measured was the accuracy of the athletes’ perception of total sleep time with a sleep journal, an actual sleep time by actigraphy (akin to wearing a Fitbit).

The speed portion of the test was a modified sprint/suicide drill running a total of 282 feet.   The average time dropped from 16.2 to 15.5 seconds.  In the shooting performance both free throw accuracy and three point accuracy increased by 9%.

Similar improvements were noted with the ESS, as the average score dropped from 9.6 to 3.4 with the extended sleep.  In the PMOS all subscale scores were better but notably improved were the scores in vigor, fatigue, tension, and confusion.

In regards to the total sleep time, the athletes overestimated their sleep time by about 20% in both phases of the study, but the actual sleep time, as determined by actigraphy, increased on average by about 100 minutes, from approximately 400 minutes (6 hrs. and 40 minutes) to 500 minutes (8 hours and 20 minutes).

These results highlight the importance of adequate sleep in all phases of our life no matter what profession or duty we perform, and that improving our effective sleep time could lead to better performance.

Posted By:  Steven Ajluni, MD
Posted by Michigan Heart Group at 10:45 AM